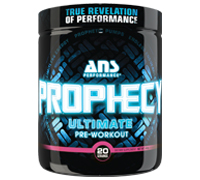 Your Price:
Can$49.99
MSRP: $69.99
.......................
Your Savings
.......................
Available In
Blue Bombsicle
659153875760
Lemon Drop
659153875432
Peach Mango
659153875449
Sour Gummy
659153875746
**The products and the claims made about specific products on or through this site have not been evaluated by SupplementsCanada.com or Health Canada and are not approved to diagnose, treat, cure or prevent disease. The information provided on this site is for informational purposes only and is not intended as a substitute for advice from your physician or other health care professional or any information contained on or in any product label or packaging. You should consult with a healthcare professional before starting any diet, exercise or supplementation program, before taking any medication, or if you have or suspect you might have a health problem. Information about each product is taken from the labels of the products or from the manufacturer's advertising material. SupplementsCanada.com is not responsible for any statements or claims that various manufacturers make about their products. We cannot be held responsible for typographical errors or product formulation changes. Sport supplementation should be used by persons 18 years and older.